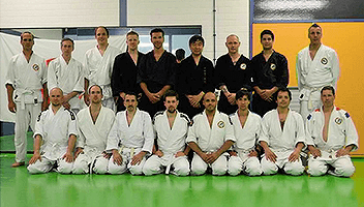 The by the imperial Japanese federation (Dai Nippon Butoku Kai) recognised and endorsed Fudoshin Ryu is an excellent method to improve self-defence, self-control, awareness, positive mind set and to take appropriate action in any circumstance. Fudoshin Ryu aims to increase mental and physical development which in daily life will allow a person to better cope with stress and situations of conflict. Since the emphasis is not relying on mere physical strength it allows this style to be suitable for anyone from over the age of 18 years, male or female. 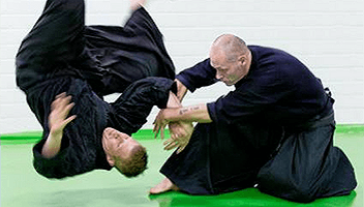 Fudoshin Ryu has its roots in traditional Japanese and Okinawan martial arts. This makes Fudoshin Ryu a Sogo-budo (integrated martial arts). Its most important influences are Saigo ryu aiki jujutsu, Yoshin ryu jujutsu, Tenjin Shinyo ryu jujutsu and Ishiguro jujutsu. Ju-no Kempo (the precursor to sports karate) also has an important place in Fudoshin Ryu. It uses the oponents strenght by constantly bringing them off balance. Soft and relaxed blocks quickly followed up by direct strikes, kicks, throws and jointlocks gives the style an explosive character. 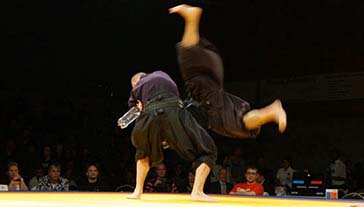 What can I expect?

Fudoshin ryu is a versatile and remarkably effective style. It has no game or competition elements but is purely focused on self-defence. Respect, solidarity and discipline are central here, the typical ingredients found in Japanese martial arts. This allows every practitioner the optimal opportunity to train in their tempo. Apart from throws, locks and ground techniques there is a lot of attention to meditation and breathing techniques. As commonly seen in the traditional styles you can obtain certificates (a menjo) to officially recognise your progress. 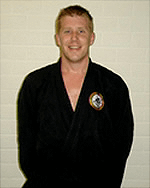 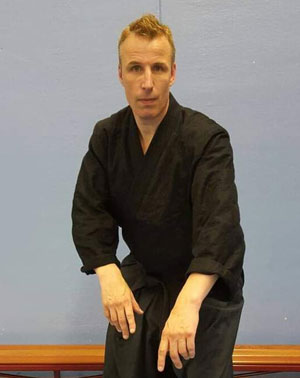 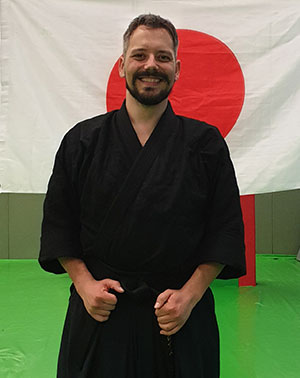 The Dai Nippon Butoku Kai (DNBK) is a prestigious and impressive Japanese budo organisation which as such is acknowledged as the oldest in Japan. The federation was founded in 1895 with the permission of the emperor Meji is based Kyoto. The DNBK’s purpose is to strengthen, standardise and improve the martial arts and their philosophical systems.

The DNBK’s primary goal is to spread the martial virtues (butoku), the virtues which are symbolised by the seven pleats of the hakama.

The DNBK gives Fudoshin ryu recognised members certificates and documents which acknowledge their graduation and titles. All have been signed by Prince Higashi Fushimi Jigo, Sosai (governor) of the DNBK. 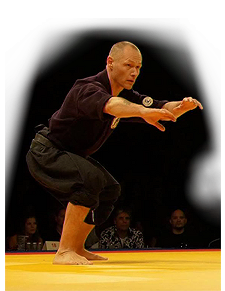 Founder of Fudoshin ryu, Ron den Boer’s journey through the fascinating way of the martial arts is around 50 years now. He feels privileged to be able to support himself and his family by teaching his greatest passion. Even outside of his own dojo his experience is valued deeply. For instance, from September 2001 to December 2009 he has taught at the Amsterdam-Amstelland police force training centre (APGS) and in 2007 an instruction programme (IBT) for the Koninklijke Marechaussee district Schiphol (KMAR).

Ron was born on (November 15) 1966 in the city of Amsterdam where he spent his life growing up. At an early age his father introduced him to the arts. His father Evert den Boer was a respectable amateur boxer of the Albert Cuyp boxing school in Amsterdam. Boxing was spoon-fed to him in a playful way. In those years, the 70-ties, due to the mystic surrounding the martial arts, his attention was drawn to judo at the local judo club. This was his first introduction to the Japanese arts, later followed by karate at the back then well-known gym Kyushin. Ron practiced judo and karate until he reached the age of 13. 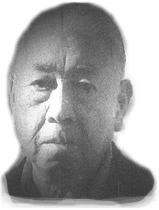 When he was 14 he saw a demonstration of Hiroshi Sakamoto sensei (1928-1997) in a style totally unfamiliar to him. Sakamoto sensei was a grand master in traditional old martial arts of which the foundation was forged in the feudal era in Okinawa and Japan. An immediate fascination arose for this man with his special arts and Ron was eager to enquire if there was a possibility to train and learn this art. Through Sakamoto sensei he understood for the first time the difference between sports fighting and martial arts. Eventually Ron den Boer has been uchi-deshi (内弟子 or personal student) of Sakamoto sensei from 1980 until 1997. 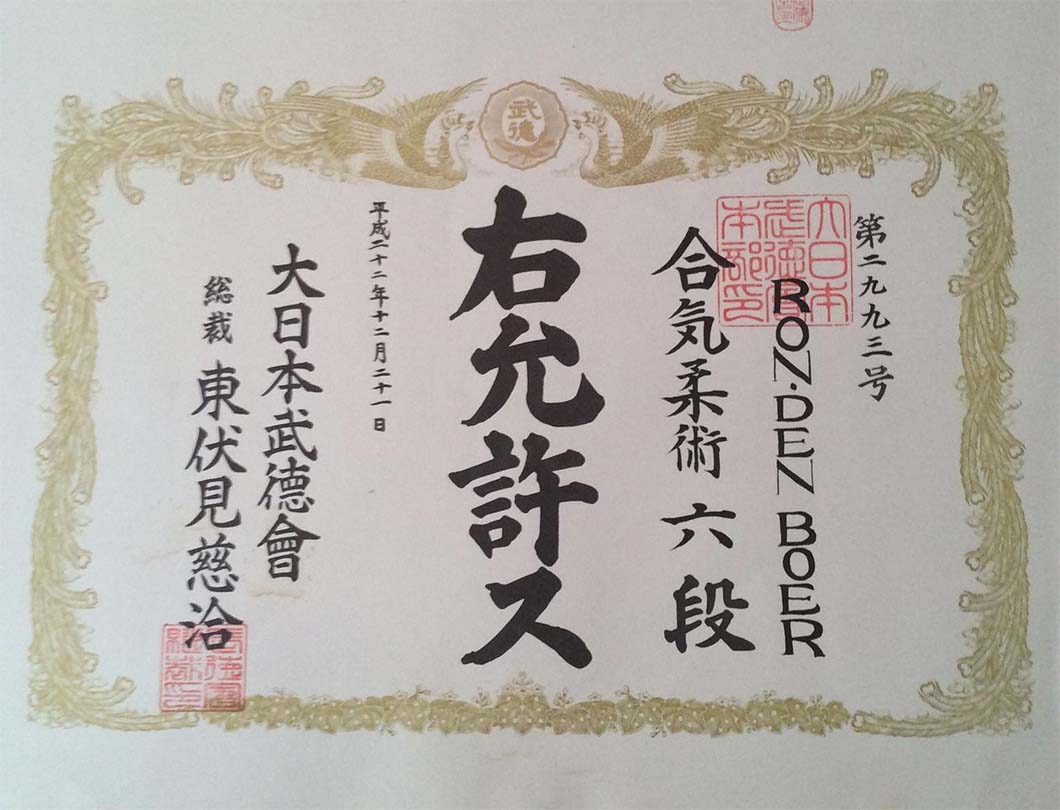 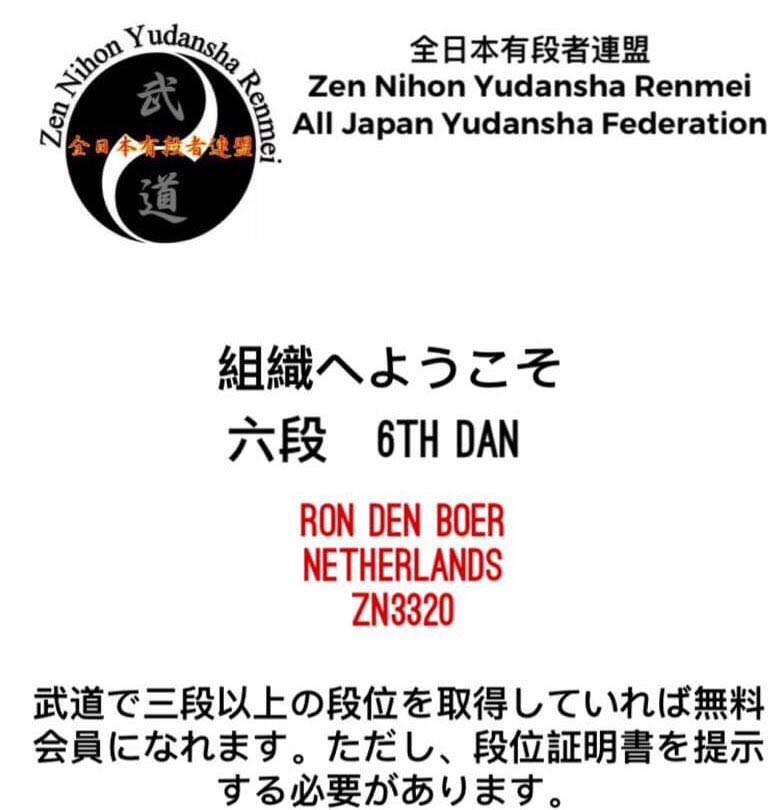 Below you can find an overview of the most important styles responsible for the emergence of Fudoshin ryu. Especially the traditional jujutsu influences are sometimes hundreds of years old and have their origin from the battlefield. That is why Fudoshin ryu is more a martial art than it is a fighting sport. Having said that, it is true that through the centuries also jujutsu has changed. We simply are not on a battlefield anymore and therefore every traditional ryu has undergone changes. 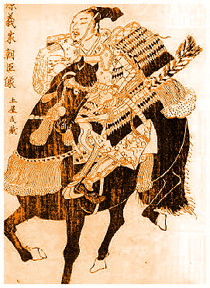 Aiki jujutsu is a very refined and higher form of jujutsu. It has many similarities to Aikido. The difference is that Aikido is from the 20th century (founded by Ueshiba O-sensei around 1930) while Aiki Jujutsu is an art of self-defence hundreds of years old.

The typical features are hyper extension of the joints and mobilisation techniques. During the movement of the techniques the emphasis is not physical power but more the correct execution thereof. We assume Aiki Jujutsu was created within the Royal Seiwa family who reigned from 858 until 876 a.d. The system has been worked out by Shinra Saburo Minamoto no Yoshimitsu, a Samurai commander from the 11th century.

The bizarre fact of this Samurai was that he wondered around battlefields and places of execution to study killed soldiers and condemned prisoners or even to fully dissect them. He hoped to discover which blows, grips and locks had the most effect on a person and why that was the case. Aiki jujutsu consists of 2 major styles: the Daito ryu and the Saigo ryu. Daito ryu was introduced to the general population through Sokaku Takeda (1860-1943). The story would not be complete without mentioning the role of Tanomo Saigo (1839-1903). Tanomo Saigo was the last Karo of the Aizu clan. He was an expert in Oshiki Uchi and Aiki Jujutsu. He had received his teachings from Soemon Takeda (1758-1853), who taught a system called Aiki-In-Yo-Ho. 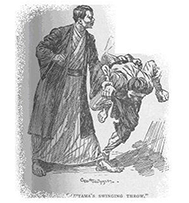 The exact date of origin of Yoshin ryu jujutsu is historically inconclusive but most likely to be around the year 1723. We assume the Japanese medical doctor Akiyama Yoshitoki had learned his Jujutsu art from empty hand fighting in China but he concluded that the effective execution relied too much on physical strength. Back in Japan he secluded himself on a mountain and went into meditation. On a winter day with heavy snowfall he looked at a cherry tree and a willow. While the stiff branches of the cherry tree snapped, the willow’s branches bent under the weight and remained unharmed. This observation led him to retreat himself in the Tenmango temple and that is where he developed his 103 jujutsu techniques for self-defence. He called his method Yoshin ryu jujutsu which is founded on the principle: give in to overcome.

The foundation of Ju-no Kempto lies in the old Okinawa Ti 手. It dates back to the year 1609. Back then it was also called To-Te (Tuuidii). Later on, in the 18th century, the three larged provinces laid the basis of what would be known as Okinawa Karate/Kempo.

A typical exercise we practise often at Fudoshin ryu is Kakie. Kakie are pushing hands drills which allow you to experience the pressure and intention felt in hand to hand combat. Well known Okinawa karate schools like Goju ryu, Uechi ryu and the Jundokan also incorporate Kakie in their training.

Fudoshin ryu is characterized by open hand strikes and low kicks to anatomically weak parts of the attacker. Our blocks and atemi techniques are executed from a state of relaxness instead of tension. Typical are the short and fast kicks and strikes fired relentlessly 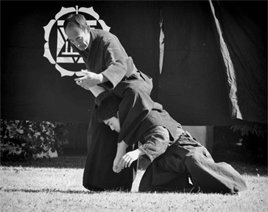 Ishiguro Ryu from Chiba dates from the Bakumatsu era. The founder most likely has been Ishiguro sensei. Bakumatsu (幕末 bakumatsu, "Tokugawa Shogunate", literally meaning end of the military camp/government) refers to the last years of the Edo era when the Tokugawa reign ended (1853 to 1867). Typical for Ishiguro jujutsu are the many ne-waza (ground) techniques.

Tenjin Shinyo-ryu (天神真楊流 Tenjin Shin'yō-ryū) which literally means true divine willow school, can be characterised as traditional koryu jujutsu. Founded by Iso Mataemon Ryukansai Minamoto no Masatari (磯又右衛門柳関斎源正足) in the 1830. This in Japan once very popular Jujutsu system has many well- known students who studied the art: Kano Jigoro, founder of Judo, and Moribei Ueshiba, founder of aikido.